Archive of ‘The Best’ category 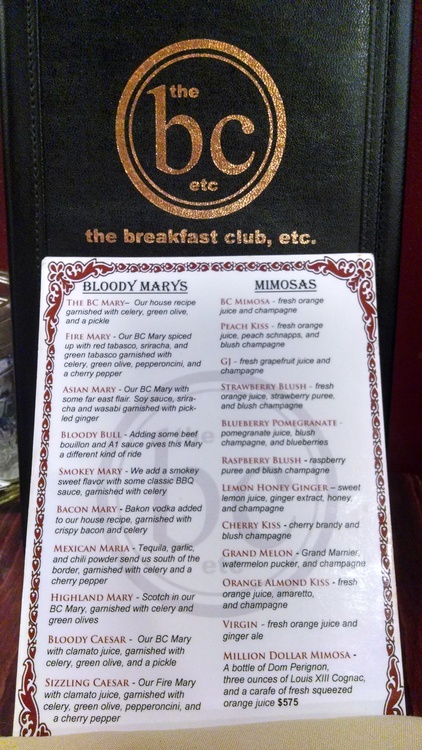 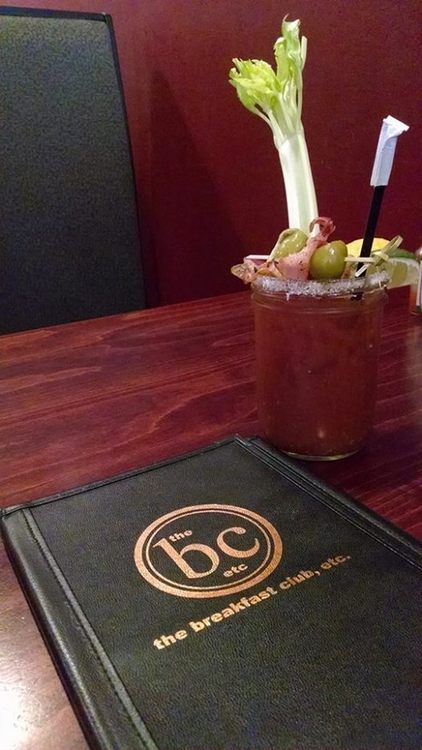 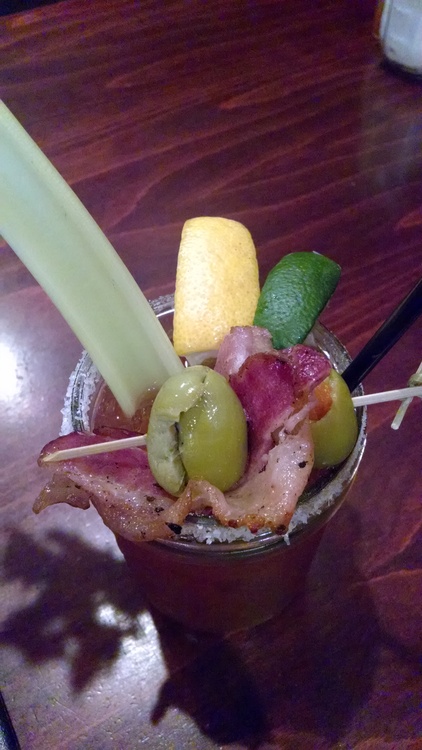 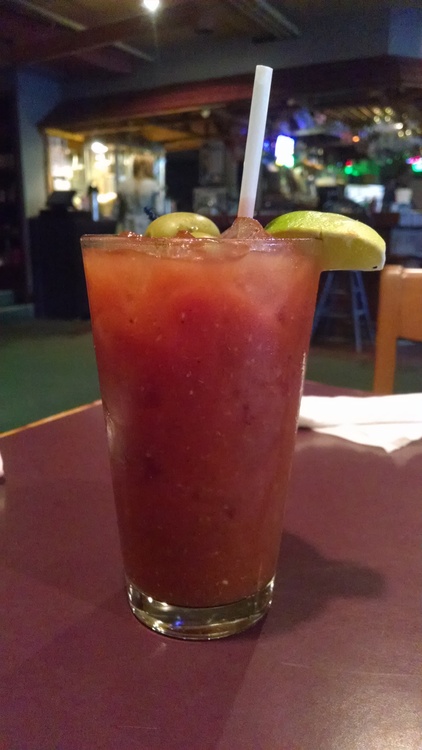 Day 2 in New York City we went to Brooklyn to meet someone, and they took us to lunch at the Black Swan after it was mentioned that I enjoy a good Bloody Mary. Called the Bloody Swan, this is what I want from a Bloody Mary! 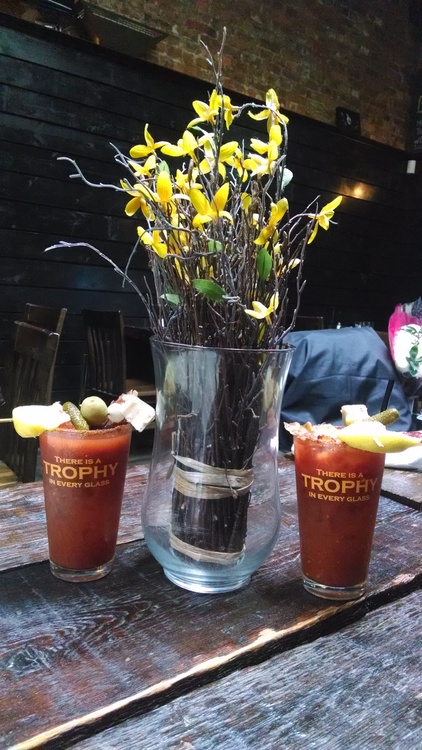 Look at that wonderfulness! $10 for a pint of Bloody Mary with a beer chaser. None of that $25 wine glass nonsense from the night before. Ok so there were no wasabi peas, but check out the garnish! 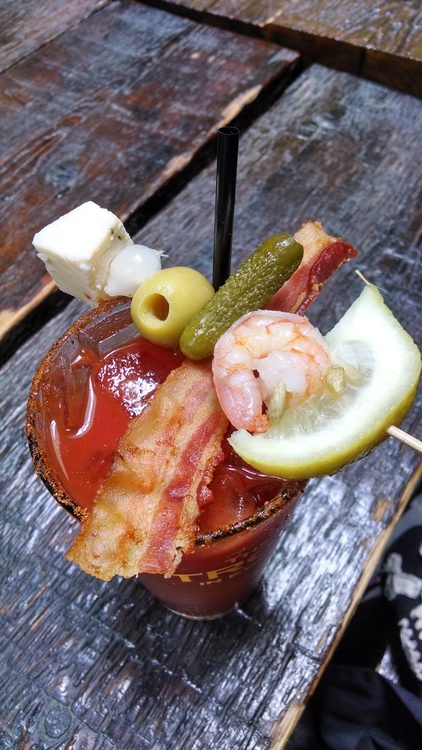 Cheese, onion, olive, pickle, shrimp, lemon and bacon! A chili powder spiced rim! Delicious! The Bloody was very spicy and had a good tomato flavor with a nice citrus hint. Clearly not just tomato juice from a can. Dear lord this was one good Bloody Mary. The taste alone easily put it in my top ten, add the garnishes for extra points.

And my jalapeno mac and cheese was to die for too! 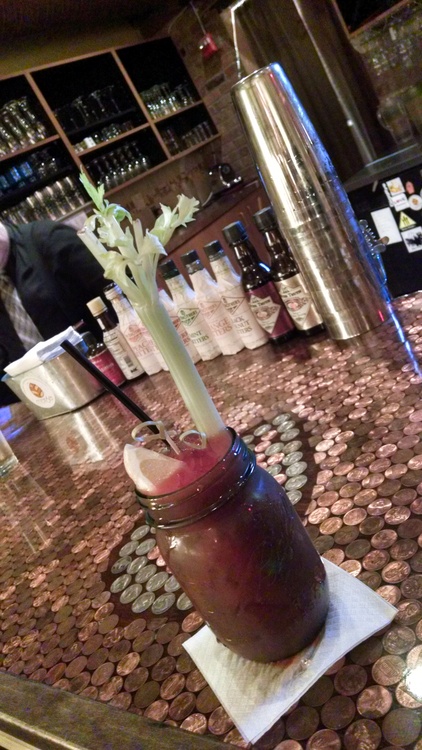 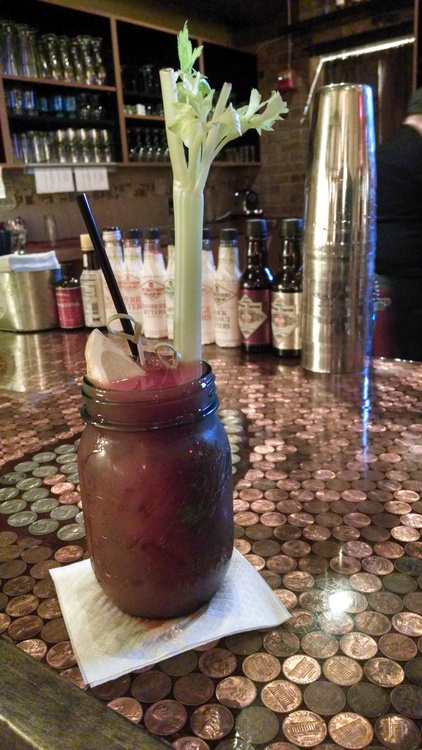 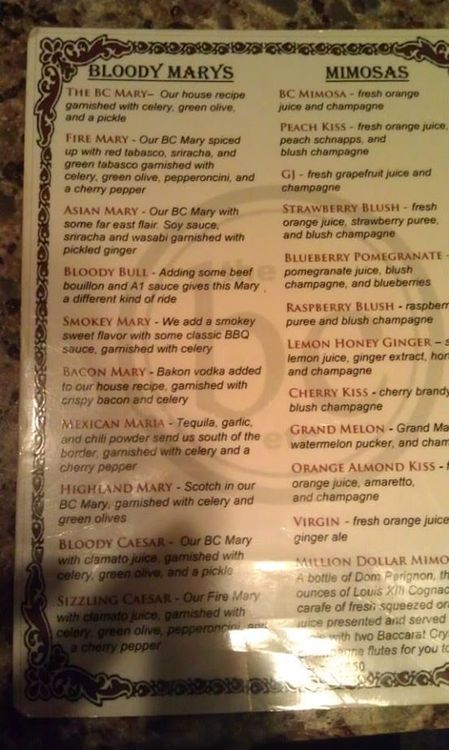 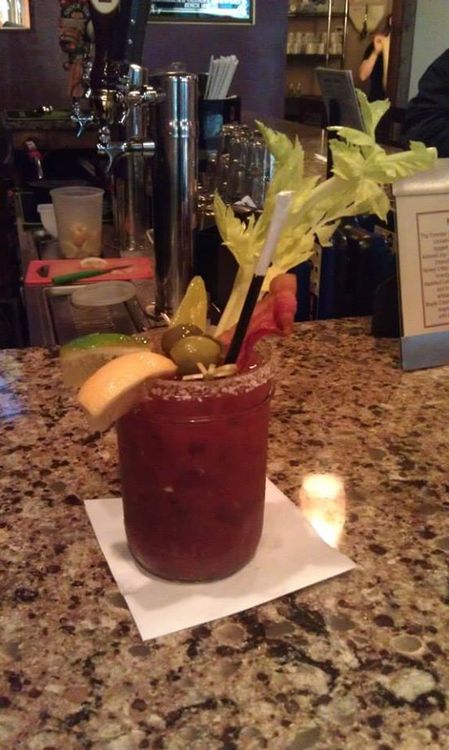 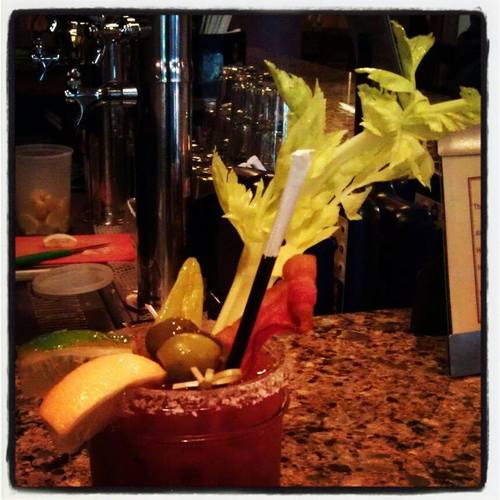