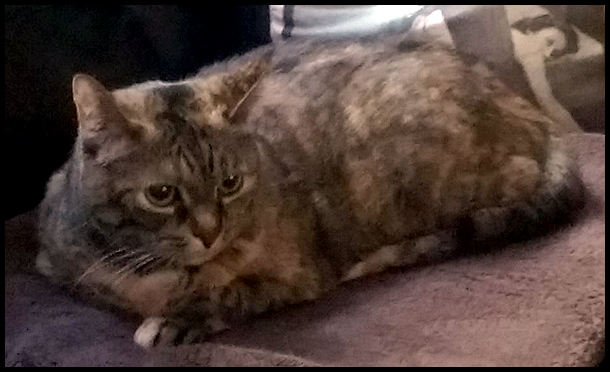 Jojo is J’s cat, but she’s been living with me since July because we decided to take the big step and live together. 😮 Now my cat Mr Kitty and Jojo didn’t really get along, but it wasn’t a big deal. But then Jojo got outside 2 days before we were supposed to go visit my aunt in St Louis. J decided to stay home to find Jojo, so I had to go to St Louis alone.

I drowned my sorrows in Budweiser, 4 Hands, and Urban Chestnut beers, plus bloodies! 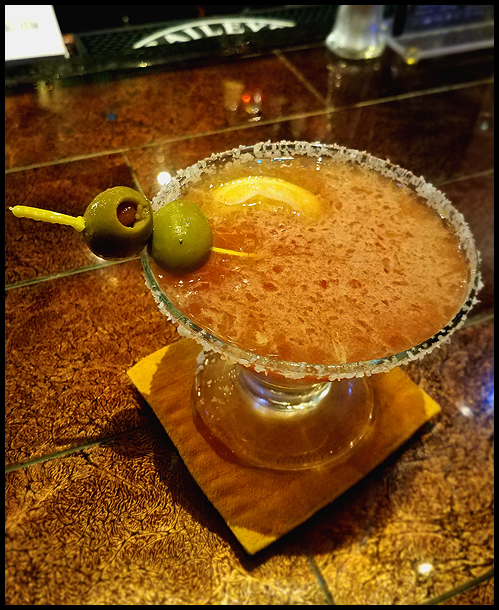 My aunt and uncle took me to West End Grill and Pub during my last visit, their favorite local hang out, but this time we went for some pub trivia. My aunt and I were joined by a few of her friends, and we won a few rounds, but came in 2nd overall. Along with my dinner, I tried their Bloody Martini. Served in a stemless martini glass, with a salt rim, it was a good standard bloody. It may have had more alcohol than usual, given that it was a martini, but apparently I did not take any notes, and now I don’t remember!

While I didn’t research new places to get bloodies at this time, we still stumbled upon a few during our travels. We caught lunch at Half and Half, and ordered this beauty. 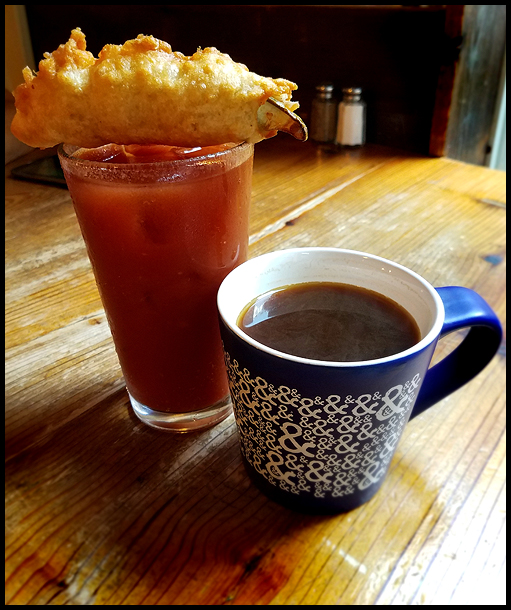 Honestly, I was not expecting that much, as it did not have any description, but it arrived with a fried pickle! That was a nice surprise, along with the fact that it had a really great taste. Good tomato flavor, with a bit of a tang, and the right amount of spice it was really well balanced and enjoyable.

My last night in St Louis brought us to Evangeline’s, a Creole/Cajun restaurant also near my aunt’s house. We only stopped in for drinks, but since I was a tad hungry I decided to go for the Cajun shrimp spear in their Creole bloody mary. I’m not usually a huge fan of shrimp, but when it’s flavored like coconut fried shrimp, or these Cajun shrimp, I’m down. It was listed at $4 extra, so I was expecting 3 shrimp. Instead it was actually $6 extra dollars, and came with 6 big shrimp! 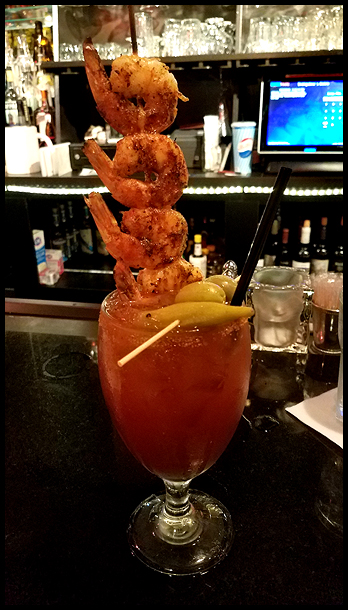 For $9 without any shrimp, it was also garnished with pickled okra, olives, and a spiced rim. The drink had a lot of spice and tartness, and made for a solid drink.

Unfortunately I came home from St Louis and Josephine was still missing. A few days after I got back I spotted her in the bushes of a nearby house, which led to us creeping around the neighborhood with flashlights at 3am and waking up the guy in the house where I saw her. The next day we borrowed a cage from the SPCA and set it up at another house where we thought we saw her. J went to retrieve the cage before bed and Jojo was on our porch! But she ran away again. 🙁 The next 4 nights brought us a new pet. 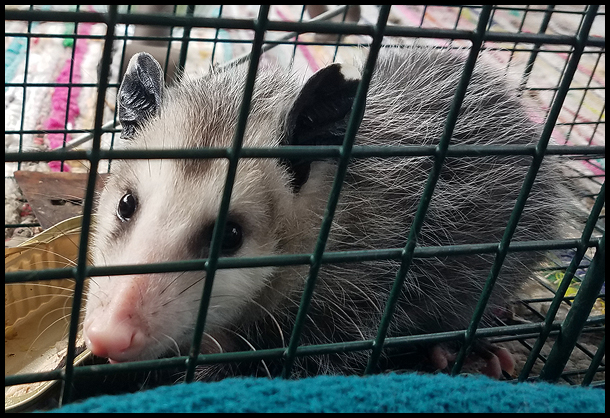 Meet Poppy the Possum. Every night, what seems like the same baby possum has been caught in the trap. So I’ve named it Poppy and we keep letting it go farther and farther away. FYI possums like sardines. Ugh. Josephine, come home!