Driving down Elmwood Avenue late the other night, we passed Saigon Cafe at their new location and took note of their big banner advertising Saturday and Sunday brunch. $4 Thai Bloody Mary you say? Gimme! I say. 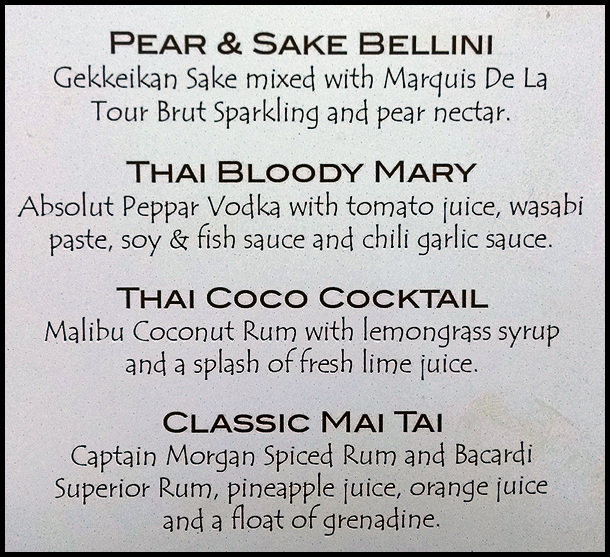 I first went to Saigon Cafe at their old location on a business lunch in 2003 – a lunch that would see me involved with a non-profit for the next ten years, so I’d say it was a success. I had never had Thai food though and at that time I was a very non-adventurous eater so I was terrified. I can’t remember what I had, some kind of soup, but I remember asking my Thai friend for suggestions on what was “safe” beforehand. Thanks to all my Asian friends, and all their delicious home cooking, I love Asian food now! 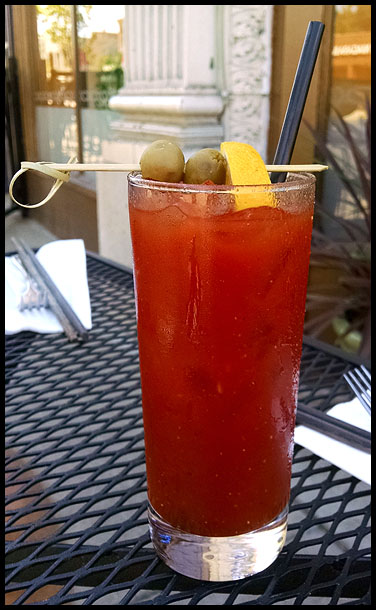 Featuring Absolut Peppar vodka, wasabi paste, soy sauce, fish sauce and chili garlic sauce, this is one good bloody mary. I asked for it spicy, and it did not disappoint. Woo boy, I couldn’t tell if my dumplings were spicy or not because I was burned out from my drink. Garnished with your standard 2 olives and a lemon, there was a bit of sweetness to the drink that was really nice. It had a good liquidity and a nice tomato flavor, with no overpowering wasabi taste (though I wouldn’t mind! I only eat sushi for the wasabi). It’s just different enough to make it stand out and make it a drink I’d return for. 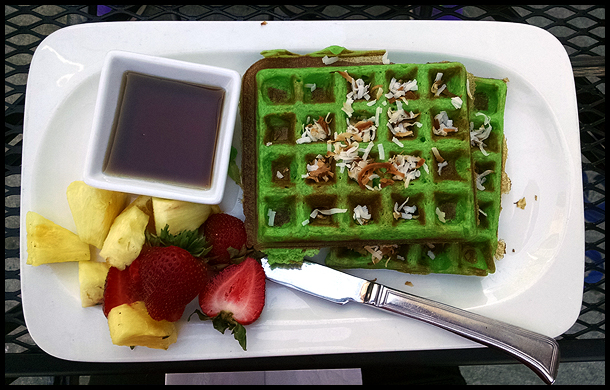 Coconut waffles – I was not expecting them to be green.

J ordered shrimp fried rice, we sort of split a pork dumpling dish that didn’t seem very dumpling like but it was really good, and I had the coconut waffles. Despite a bit of a delay in my waffles (they kept burning them apparently), overall I’d say it was a good meal and definitely a good Bloody.