It was brunch time on Sunday, this time trying out Oshun, a place I never thought I’d ever go. I’ve mentioned how I don’t get along well with seafood, so a restaurant who’s known mainly for their seafood menu wasn’t high up on my list of places to go. Enter Groupon. Oshun had a $25 brunch Groupon which included 2 entrees, 2 alcoholic drinks, and 2 non-alcoholic drinks. I double checked their brunch menu to make sure it wasn’t all seafood, and picked it up. Seemed like a good deal to me!

So we checked it out today, because it was snowing, and we always go out to brunch in the best weather. 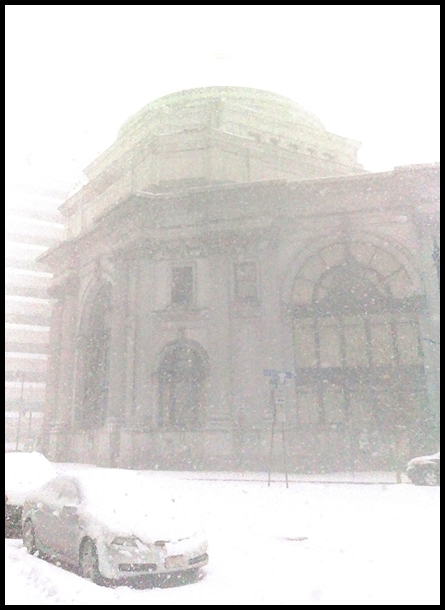 My weather app said “light snow”, a glance out the window showed it was indeed snowing, but we had no idea how much until we left the house. We easily had 4 inches, and it was coming down fast and heavy. Visibility while driving was poor, everything was just white. I guess we weren’t going to need those reservations we made! 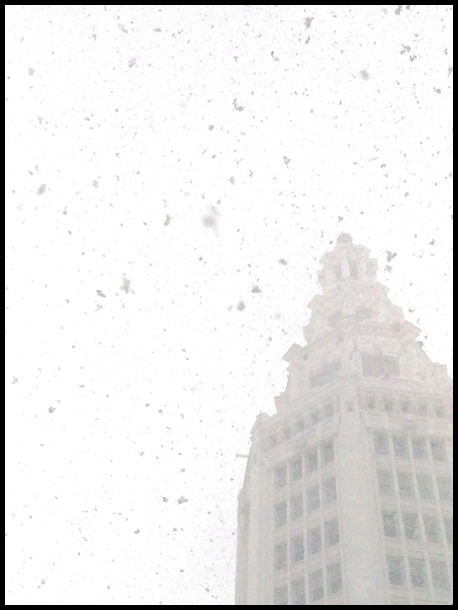 When I was working downtown I always admired the empty storefront that turned into Oshun, and it’s pretty and art deco inside to match. Their brunch menu is small, and it does feature a lot of seafood, but they had a few options with land dwelling meats and J and I both chose the cinnamon french toast entrees, with eggs and bacon. It was tasty, and huge!

But what about the Bloody?

The menu listed the drink at $8 with a shrimp garnish. It arrived in a high ball glass with a lime wedge…no shrimp. Initially I had forgotten what the menu said, and just generally thought they could improve their garnish game quite a bit. Once I realized there was supposed to be a shrimp, I felt cheated, and I don’t even like shrimp! No one else seemed to be getting any shrimp with their drinks either, so it didn’t seem to be a cheat move since we were using a groupon, but maybe they just don’t do it for brunch. *Shrug* 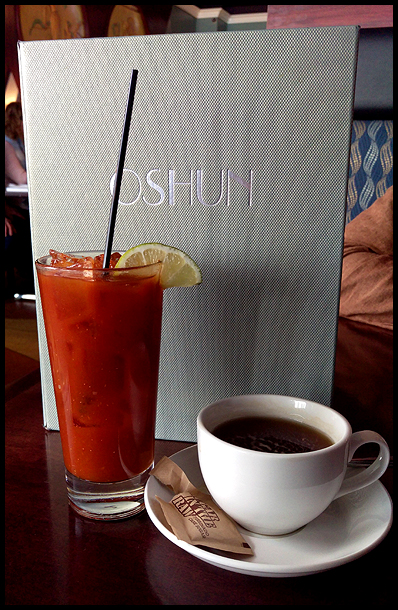 The mix had a good flavor, with a strong umami taste, and I thought it might have been made with Clamato or had some sort of seafood taste added (Asian fish sauce maybe?) even though it wasn’t advertised as a Caesar. There was visible pepper and horseradish in the drink, but there was no overwhelming horseradish flavor to it. It was definitely very spicy though, with no vinegar flavor, so it’s not clear what kind of hot sauce was used.

Overall it was a very good drink, despite the lack of shrimp or other garnishes. It could definitely be improved with some tasty edibles on top, and maybe even make it into the Best of category. Step up your garnish game Oshun!