I’m so behind! The Kentucky Derby was held during our vacation, and J looked for a party to take his sister and her boyfriend to. He was also looking for an excuse to wear his fancy linen suit! There were a few to choose from but we decided on visiting Thin Man Brewery.

Thin Man is one of the newest breweries to open in Buffalo, and it’s about to celebrate it’s first anniversary. Named after the first crash test dummy, invented in Buffalo (!), Thin Man features a nice pub menu as well as rotating selection of their beers in their 2 story location on Elmwood. There’s a nice patio too. 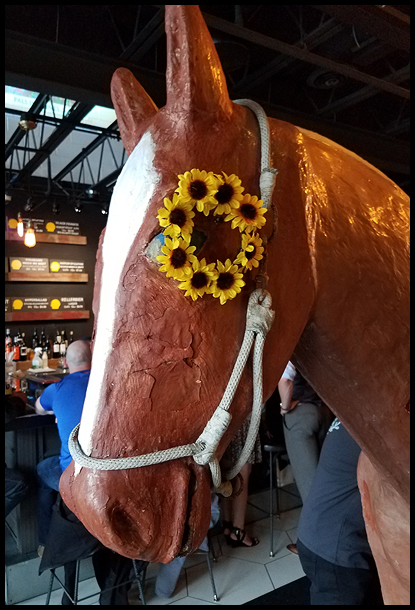 It was not patio weather however (remember, we were on vacation) so we settled in to a table on the 2nd floor in front of their big “screen” projection, drank some mint julips and beer, and played this awesome game we were introduced to at Gypsy Parlor earlier in the week called Suspend. It’s like reverse Jenga, where you have to balance metal rods on a hook until someone runs out of pieces, and if it collapses, you get all the pieces. Trust me, it’s super fun.

It wasn’t until the end of the evening, after the race was run, where I saw someone at another table with a bloody mary. It didn’t even occur to me to ask if they had one! Well, guess that meant we had to stay for another round. 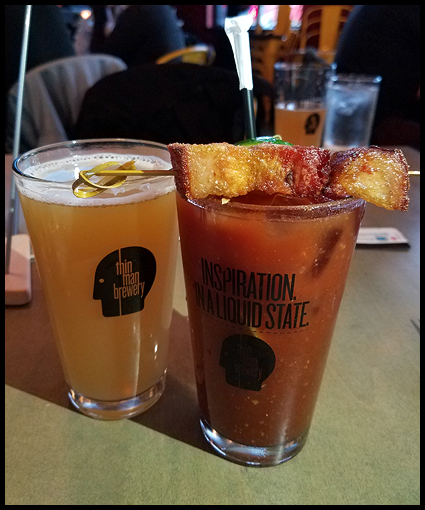 Garnished with the typical lemon, lime, and olive the drink also came with bacon nubs! Served hot and fresh, these squares of pork belly were nice and crisp, tasty, though I find big chunks of pork belly to be too fatty for me. Overall the drink was good but a bit heavy on the pickle flavor. It wasn’t very spicy, and it may have had a bit of horseradish in it but it was hard to tell. Not a terrible outing, but not mind blowing either. 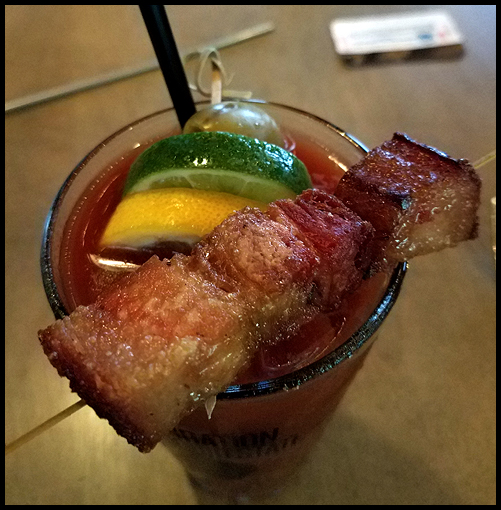 We bet several horses, several ways, online – and lost EVERY SINGLE ONE! But my dress matched one of the TV announcer’s suit. 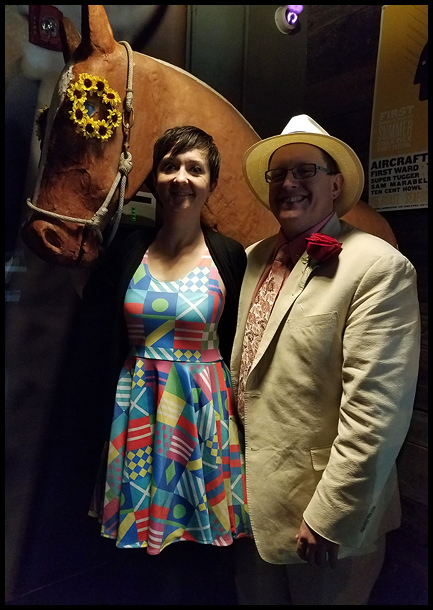